Confessions of a Naive Rebel 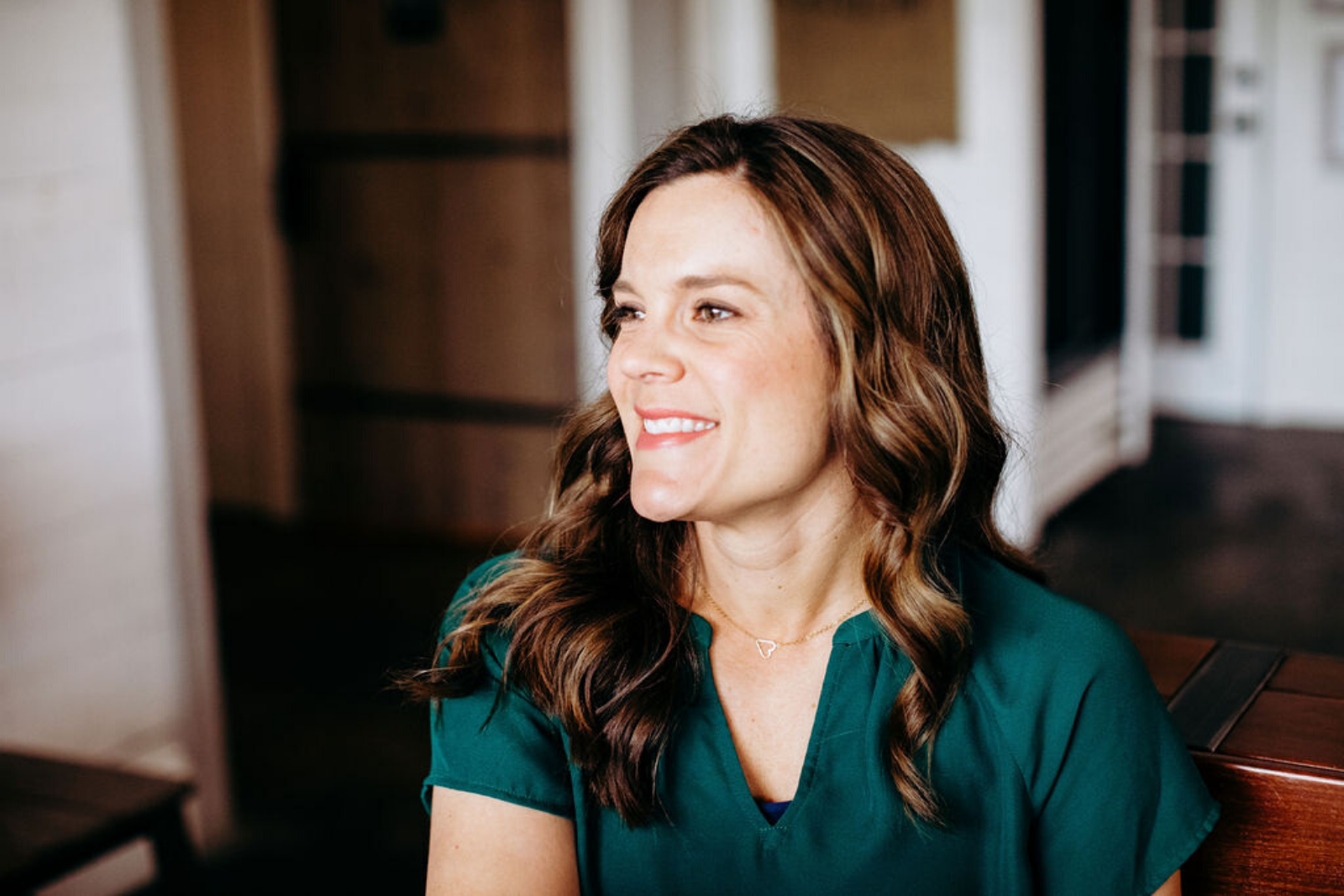 First off, dear reader, I’d like to give you a pre-confession before you begin reading. I wrote this post in April 2019. My friend edited it. I cleared her notes.

And then I sat on it.

Just writing about one of my first memorable experiences regarding race and my reckoning with my ignorance made me uncomfortable. In the spring of 2019, I was just beginning to understand what it meant to be “woke.” I hadn’t taken any action. Inspired by my sister, who told me about books she was reading and information she was learning on racism in America, I listened to Austin Channing Brown’s book (now a freaking NYT Best Seller!), I’m Still Here.

I read one book – I had done something. But I was still lying in my comfortable bed of complacency, which I can now highlight was a gift of my white privilege. Until then, I had been blissfully inactive when it came to an understanding of my own unconscious biases, behaviors, and racism.

But something in me was curious. A piece of me wanted to get closer to what felt like a flame. The content and conversations were uncomfortable and brought the blush of shame to my pale cheeks. But I was still curious and knew in my heart that following the pull was the right thing to do.

And here we are in June 2020, over one year after I initially typed this message with a focus on diversity since I didn’t yet have equity and inclusion in my understanding. I have lived more, learned more, and today, it seems I’m finally willing to share more. I’m ready to share pieces of my life story that have impacted me when it comes to race, class, and gender, which I’ve come to learn is the concept of intersectionality.

So, consider this my pre-confession. I remained silent too long out of fear that I might say something wrong, I might unintentionally hurt someone else, or I might damage my reputation. It’s true; I admit those things. Yet I am here today, ready to show up as the person I am today, knowing I will continue to listen more, learn more, and share more. And I am sure I will have more confessions because I will, without a doubt, mess up along the way, as I strive to evolve into a better, more loving human along the way.

But for today, I invite you to read on and find out what I learned about the rebel I had been and the one I might become.

Want to know the truth?

I’ve never been very good at being “bad.” No one that knows me would call me a “rebel,” and that would make total sense because I have long been a rule follower.

I am a graduate of Jack C. Hays High School, home of the fighting Rebels, former home to both the Rebel flag and the fight song, Dixie.

That’s right; I said former. Since I graduated from high school over 20 years ago, the administration removed both school symbols. The removal of Dixie occurred only a few years back and created a heated conversation in my area. I never threw my thoughts into the mix of the online or local newspaper debate. I never felt moved, educated, or let’s be real, brave enough to do so.

But as I prepared to attend a Beyond Diversity training hosted in Austin, I wanted to share the thoughts rolling through my white, female brain on what I’ve decided it means to me to be a real rebel.

A little back story for you first.

I graduated in 1997 with about 250 other students in what was then a small, country community, just on the outskirts of Austin. I was (and continue to be) white, and there were a lot of people whose skin looked just like mine. We had a large Hispanic population, only a handful of Black or African-American students, and almost no other races adding to the student mix.

Looking back and even at the time, I recognized that we didn’t have much racial diversity in my town. That was just the reality of my school, but it wasn’t a reality I focused much, if any, time on. Instead, I focused on the highlights of high school life, proudly wearing red and blue, and, on game days, a Rebel flag tattoo on my cheek to support our team.

Senior year, throughout the entire football season, I would clap and sing along with Dixie each and every time we scored. The picture in our local paper one week was a shot from the sidelines capturing a rolling sea of Rebel flags flying from one end zone to the other, lit by the Friday night lights. I was proud to be in those stands. I was proud to be a Rebel.

But, I was also blissfully naïve.

Naive to think that all places and people looked like this. That all people waved Rebel flags and sang Dixie in celebration and would have no issue doing so.

During my freshman year of college, though, I had an experience that highlighted just how naive I had been.

I was part of a student organization that worked with the athletic department to host prospective high school athletes during campus recruiting visits. One weekend, I was paired with a top-notch, highly sought after black football recruit. I was giving him a tour of the dorm, and we went straight up to my boyfriend’s room. The same boyfriend that was my high school sweetheart (that later became my husband) and had graduated from the same Rebel high school that now played for the college football team.

We opened the door to show the recruit the small yet private dorm room he’d have on campus. It didn’t take long for his eyes to make a quick sweep of the place, and all too quickly stop to look straight at the Rebel flag hung on the wall on one side of the room.

I can still feel my heart skip several beats, my body temp rise, and things go a bit fuzzy for the seconds that felt like hours we stood in silence.

I don’t know if the recruit had a personal reaction to the flag or jumped to any assumptions about us, but I do know he didn’t pick our college. I can’t guarantee that the flag incident had anything to do with his collegiate decision, but I can assure you that it taught me a lesson. And not one solely about race.

I learned that I didn’t know or appreciate enough of other perspectives outside of my tiny world. I was a naïve rebel.

Years later, as the local community debate about Dixie spurred passionate discussion, and similar fights for equality were (and continue to be) happening in the United States, it got me thinking about my desire to wake up to realities I have unconsciously ignored.

These movements, and the debates they spurred, reminded me I had to look outside my known existence, my bubble of sameness, toward a different, bigger world. There was a world that I hadn’t explored that is full of different faces and stories, real community problems, real human injustices, and on top of that – a world where so many people are looking to find themselves and feel seen and heard.

For me, the first action I could take was to pray. So, I prayed for more diversity in my life. I knew I needed people, places, and things that were different than what had been my usual surroundings.

And, thank goodness for answered prayers! I have been so blessed by people of different races, sexual orientations, ideologies, and creative energies entering my life. And they are making me a better version of myself because each connection and relationship helps me focus on my own heart, but mainly, our shared humanity.

So, what I realize is that my heart still wants to be a rebel.

Thanks to UrbanDictionary.com, I found a definition of rebel that speaks to my heart:

A true rebel stands up for what they believe is right, not against what’s right. True rebels know who they are and do not compromise their individuality or personal opinion for anyone. They’re straightforward and honest and they will sure as hell tell it like it is!

That’s the kind of rebel I want to be.

A rebel who knows who she is and what she stands for.

And I can’t say who I am without continually looking for opportunities to grow and expand my worldview.

That’s why I believe that real rebels pray for and welcome diversity in their lives. They seek out to learn the experiences of humans with different realities and perspectives. They look for differences in race, faith, gender, sexual orientation – because when you are surrounded by nothing but the same, you can’t grow. You can’t expand your mind or allow the things you genuinely believe to evolve without looking at a different perspective square in the eye. And even more than intellectual and philosophical growth, without diversity you can’t practice loving with your whole heart.

And that’s okay. It’s actually better than okay, it’s how it should be.

Those differences make me “me” and make them “them” (and, you “you”). And when we are honest with ourselves, and others, about what is in our hearts, not out of anger, jealousy or malice, but out of love, compassion, and a sincere desire to learn a different perspective, I think we’ll find that we can all be rebels.

So, here’s to me, the naïve, yet willing-to-learn, rebel, and to you, friend. May we allow ourselves to stay kind, open, and most of all real to ourselves and those we share life with!

Are you free today?

You won’t believe what my daughter asked me.

You are no joke.

The One Affair I Don’t Regret

Why I Left the Best Place to Work

What my husband didn’t understand